April 04, 2018
Here's a tidbit I believe is proposed here for the first time.

TLDR: I'm making the case that the TTSA Gimbal and Go Fast UFO videos were most likely filmed during COMPTUEX (Composite Training Unit Exercise) between January 8 and February 8, 2015.

It was recently revealed that the Gimbal and Go Fast UFO videos released by the To The Stars Academy (TTSA) were almost certainly taken during the same flight, as evidenced by the matching PRF code and similar sounding pilots.

The Go Fast video ends with a timestamp of 4254 and Gimbal begins at 5245. Most seem to have made the mistake of interpreting that to mean a difference of 5245-4254=991 seconds, that is 16 minutes and 31 seconds. That is incorrect. Those timestamps actually show minutes and seconds, as can be seen from the Gimbal clip, where the timestamp changes from 5259 to 5300. So those were taken only 9 minutes and 51 seconds apart.

TTSA hasn't confirmed nor denied that information. They didn't reveal any details about the time and place of the Gimbal clip, but told that the Go Fast clip was from "a Navy encounter that occurred off the East Coast of the United States in 2015". Other sources have claimed the Gimbal video was taken off the Coast of Florida. Chris Mellon however shed some additional light of their origins:


After my op-ed appeared with video, I got a call from an individual retired from the Defense Department and who had worked on these issues and I asked him, I said do you have any context for that video, do you have any details? He told me that was one of two videos that came into the Pentagon from the commander of a carrier battle group and these are his words, he described it as a plea for help, end quote.
-- Chris Mellon, in Fox News interview on March 24, 2018

I did some research, and basically the options seem to be the following:
Furthermore, the possible date ranges for all of them are rather limited as well. Roosevelt departed from its homeport in Norfolk on March 11 for a deployment in the Middle East and a homeport change to San Diego, where it only returned near the end of the year on November 23. Bush underwent maintenance from June 16 for the rest of the year. Truman was under maintenance until May 22, and departed towards Middle East on November 16. Eisenhower was under maintenance until September 3. So at any given time, there were at most two alternatives.

But then there seems to be a further important hint. There are some background noises starting at 1:33 of the Go Fast video, which sound like some controller is contacting another plane, probably not the one that took the video, as they didn't listen to him.
That voice seems to begin the message with a callsign, which would be logical, and the beginning of that message sounds like "Nickel 61 Tango ..."

Turns out Nickel is the callsign for Strike Fighter Squadron 211 (VFA-211), nicknamed the Fighting Checkmates. Nickel 61 is known to have been in use, alongside Nickel 11,21,31 and 41.

VFA-11 was assigned to USS Roosevelt at the time. It participated to the COMPTUEX exercises that took place between January 8 and February 8, 2015, and soon after that Roosevelt with VFA-211 on-board departed to Middle East. One of their F/A-18F Super Hornets actually crashed in the Arabian Gulf on May 12. There's no indication they were flying near Florida at any other time, or that they would have any other exercises on the East Coast that year. That COMPTUEX seems to be the only alternative.

It was a large event, with some international participants as well. Here are the participants as far as I could find them (which might give some hints what the Gimbal video shows):

Since those videos were taken by a two-seat Super Hornet (Boeing F/A-18F), there seems to be two alternatives for the squadron of the jet that took those videos: VFA-211 and VFA 11.

Even though TTSA still claims the Go Fast video shows "the high-speed flight of an unidentified aircraft at low altitude", simple math reveals it actually shows a relatively slow-speed flight (~48mph/77km/h) of a small target (~1-2 meters) at high altitude (over 13100 feet/4000 meters), flying more or less in a straight line. Lacking wind data, there's a lot of uncertainty in speed estimates, but otherwise everything that is actually shown seems to be consistent with a large bird.

Significantly, the proposed timing between January 8 and February 8 happens to be in the middle of the best birding season in Florida, especially for migratory birds, which significantly increases the number of bird species that could have been flying there at the time.

Popular posts from this blog 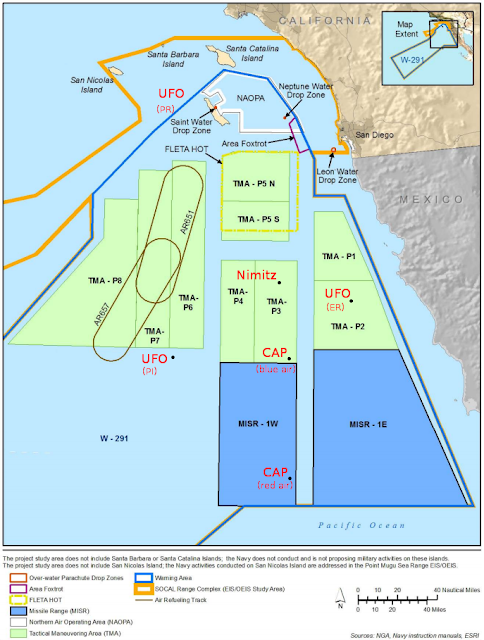 The 2004 USS Nimitz Tic Tac Incident is arguably the most significant recent UFO sighting. So far it has also remained unexplained. But is that because of known facts that can't be explained, or because we don't actually know which information is accurate and what needs to be explained in the first place? This analysis of the various witness accounts, interviews and reports is part of an ongoing effort to figure out what actually happened and which information can be trusted. I have already analyzed the FLIR video and the executive report in more detail here. The idea here is to compare how the sources report certain key details and to estimate the reliability of the information based on how they agree and disagree, and to consider which of the sources would most likely contain the most reliable and original information. Sources This analysis is based on the following sources, which are referred from here on with their short ids. The primary focus is on the first 5 so
Read more 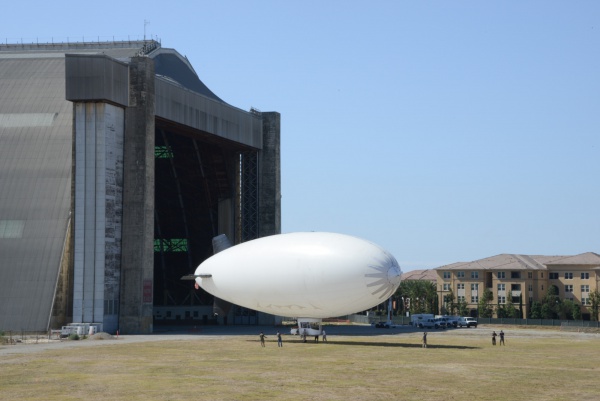 It's been a while since my last post on these topics, that is, the so called "Pentagon UFO Program", and the few UFO cases that have been associated with it. There are two primary reasons for that. Firstly, I have been too busy with other things. Secondly, what should I write about? What has really changed? This post is a review and update of the primary events and my thoughts so far. It's really about the history (and History) repeating itself, with the help of people who can't handle the truth, or worse, couldn't care less about it. Whatchamacallit As you can see from the title, I'm having some difficulty inventing a common name for the set of events I'm covering here. I think the fundamental issue is that, in reality, those events have little in common. But the media, and one entertainment company in particular, are eager to present them as if they have. And so, similarly to some other UFO waves, we even have a new term, tic-tac, in use to de
Read more 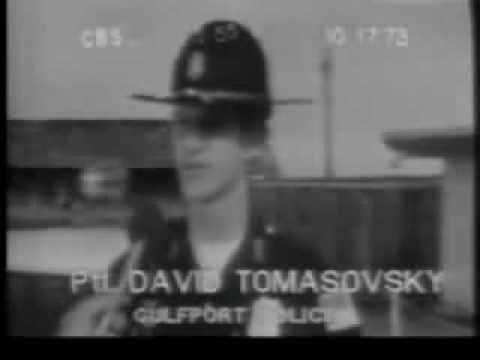 The 1973 Coyne Incident, also known as Mansfield Encounter, has been described as one of the best UFO cases of all time for the past 45 years. While parts of it have already found more mundane explanations, there hasn't been an adequate explanation that would fully describe the events as reported by the eyewitnesses, both on the helicopter and on the ground. Until now. Executive summary The following is a brief overview of the events. A more comprehensive version of the original story can be read here . The version on the left reflects the eyewitness testimonies and how this story is typically told. The version on the right explains briefly what actually happened, all of which is dealt with in more detail later in this document. The following events took place on October 18, 1973, at approximately 11pm, when an Army Reserve helicopter with a crew of four (namely Coyne, Jezzi, Healey and Yanacsek) were flying from Columbus to Cleveland, cruising at 90 knots at 2,500 feet, clos
Read more